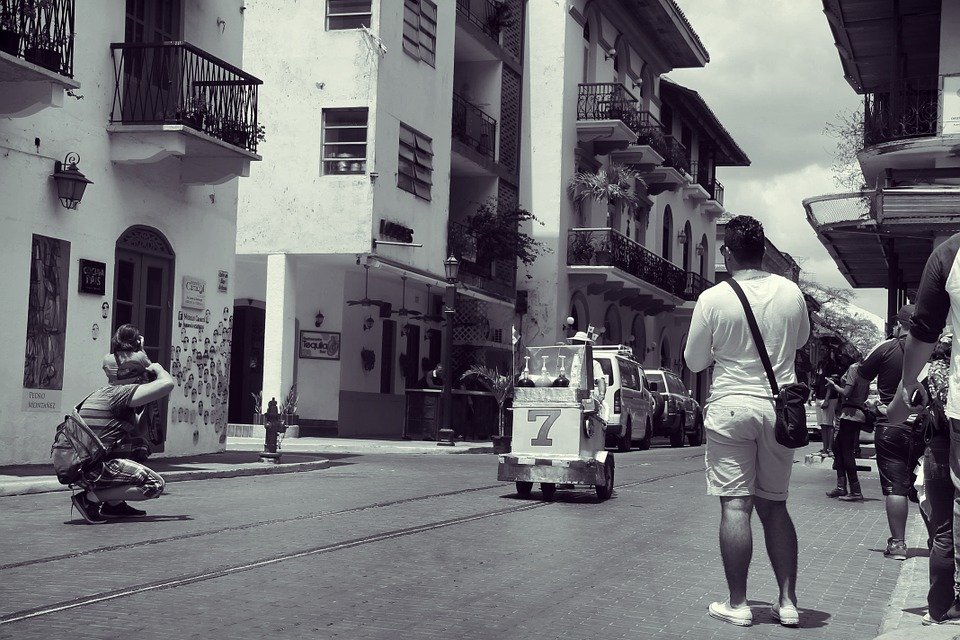 Regarding the question whether there is racism in Panama, I found an interesting discussion in the US-dominated Yahoo- “Panama Forum”, which I reproduce below in its most informative parts.

My own experience is that Panama is indeed a melting pot of races (“crisol de razas”) for historical reasons.

In my personal area of experience (my family and circle of friends by marriage) the different origins are treated very friendly and affectionately, whereby the character risks like skin color or other physical characteristics are by no means swept under the carpet, which is expressed in terms like “cholo” (for “Indian”) or “chombo” (for “black”) in contrast to “blanco” (“white”).

Since most Panamanians are genetically mixed somewhere in their ancestral family with Indios and/or with persons of African origin, they have the corresponding physical characteristics, and the term “cholo” (lovingly also cholito, cholita) is usually not offensive. I know e.g. a young couple in which “she” has inherited clearly negroid characteristics from a grandmother. Her boyfriend affectionately calls her “mi chomba”, which motivated her to call him “chombo”, whether he is more “blanco” than “cholo” and not at all “chombo”. This name has become a nickname for him, even among friends.

Describing a Panamanian of African descent as “negro” is not negative in my observation, in contrast to the USA, especially since the English distinction between “black” and “negro” does not exist in Spanish. The counterpart to the politically correct term “afro-american” (“afro-panameño”) in the USA does not seem to be common, I have not yet read or heard it. Maybe this is a sign for the rather uncomplicated way the Panamanians deal with this topic.

By the way, “cholita” can very well be a term of endearment for a woman with corresponding physical characteristics, but the word “cholita” is sometimes used for a somewhat naive person, in reference to the mostly little-educated Indian girls from the tribal areas in the interior of the country, who are often married and become mothers at the age of 13 and whose education is often considered “superfluous” by their own parents. For example, I sometimes hear someone say “en esas cosas soy cholita” (I am a bit ignorant in these things).

But such terms can also be offensive, it depends on the context.

In order to avoid this, one talks about the Indios in a respectful way as “indigena”, unless one uses the actual tribal term like Ngobe or Kuna. To call a stranger, especially an Indian, “cholo” can be disparaging, especially if it is obvious that it is meant discriminatory.

As a foreigner, who may not yet have much feeling for the subtleties of the language, it is best to avoid these more popular terms altogether.

The Chinese immigrants have mostly kept to themselves and are often involved in trade. The term “el chino” is therefore often used not only as a racial (or national) characteristic, but often includes a social category.

In the latter social sense (but hardly on a “racial” background) one occasionally finds statements about Jewish fellow citizens, since some of the larger retail chains in Panama are allegedly owned by Jewish families. In general, however, one finds little anti-Semitism in Panama. Martinelli’s carelessly pro-Israeli statements during his visit to Israel were met with strong criticism in Panama, primarily because they jeopardized the neutrality required by the role of the canal.

Besides the generally quite respectful treatment of racial characteristics in my concrete surroundings, however, I experience distinctly racist statements in comments on Panamanian Internet forums (e.g. those of the newspapers “Panama America” and “La Prensa”) by some (anonymous) writers, especially against blacks and Indians, but also partly against Jews (much less) and against foreigners in general, by which both the “gringos” and Central and South American immigrants are meant. There seems to be a particular hatred and prejudice among many against Colombians, probably because of the country’s role in the drug trade, which plays a major role in Panama’s crime scene. Of course, not all Colombians are delinquents, and there are many respected and good Colombian craftsmen in Panama, but hardly anyone talks about them.

The hatemonger against everything Colombian seems almost strange, especially when you consider that it is just over 100 years ago that Panama was a province of Colombia, so most Panamanians probably have Colombian ancestors.

In any case, you generally won’t have tensiosn when visiting as a person of color or exotic ethnicity. Even as a white person, people will not bat an eye at your presence, nor assume your are a good/bad person until they get to know you.

That’s how the rest of the world should be, right?